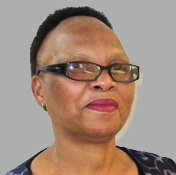 We have increasingly begun to realise that organizational politics are not taboo but a part of organizational life that we need to deal with to our benefit. Brandon and Seldman (2004) in their book Survival of the Savvy laid the groundwork for understanding office politics from a positive perspective. They pointed out that effective politics is not about winning at all costs but also about maintaining relationships and can be used in a healthy manner while achieving results. They positioned office politics as part of a normal work life as organizations are made up of different interests that need to be aligned.

Amongst the various savvy tactics discussed, Brandon and Selman (2004) set as a basis the need to recognise political styles, what influence them and how to avoid their dangers and political extremes. It would therefore be important for you to know your preferred political style as a basis for navigating office politics.

Political styles consist of differing mental sets and value systems about politics, power, influence and self-promotion. As a result, each individual often has a primary political style that resonates with their values and priorities, namely:

Power of ideas style – focus on substance. Views power as residing on facts and believes that power resides in the work itself. These individuals do not only want to do things right, but also want to do the right thing – strength of quality, learning and integrity. They believe that you need to keep your head down, do your job to the best of your ability and that this will be sufficient to influence others.

They are regarded as being under-political.

Power of person style – focus on image . Believes that true power resides in position power. These individuals define power more traditionally and hierarchically – who has it and who does not and would strive to be on the right side of power. They are street smart about power, are able to sell ideas and are able to sense stakeholder reactions and aligns with power.

They are regarded as being over-political.

These styles can be projected on a continuum of overly political to under-political.

The desired state is to operate in a savvy zone (the green zone) – to have the ability to influence with impact and integrity.

Each company needs these political style perspectives and we have to appreciate the role a particular style plays in how decisions are made. However, alongside strengths, the styles also have unique dangers. The under-political individuals would for instance, tend to be misunderstood and would have insufficient networks while over-political individuals are inclined to have power and ego trips, cronyism and lack of professional growth, amongst others.

Understanding where you are on the political style continuum will assist you greatly in being more savvy regarding office politics and managing it effectively to your own, your team’s and the organisation’s advantage.